Originally posted on 6/8/16 in response to:
CEC — eContact! 17.4 —
Back to the Future: On misunderstanding modular synthesizers
by Richard Scott

Historically, objects carried information about their usage with them. You don’t flip an egg with a hammer.
General purpose machines require a decision on the part of the user as to what the tool will be required to afford in a given situation. This is an increase in the overall cognitive load that begins even prior to the object in question being approached.
Simple example: From across the lawn, the shovel imparts information about its uses. The information includes the specific purposes of that tool (digging) as well as other uses that are implied from its shape and materials (possibly as deduced from, and because of it’s intended use) i.e. a lever.
Although having a machine which has nearly unbounded applications available to it is (obviously) useful, it also brings with it known and unknown extra energy expenditures in terms of choice and organizational pre-planning.
It is possible that over time this constant conscious reconfiguration of a single device prior to each different use (calculator, calendar, solitaire, flight simulation or word processor?), becomes inefficient and the difference between the general purpose tool and the single purpose tool is more salient. (A good organism tries to rectify the efficiency)
In the case of computer music devices, as the tools popularized, it became apparent the widest application involved historic and popular models of music. The interfaces standardized relatively quickly, and the rise the keyboard controller with a clear cut set of control parameters emerged (primarily MIDI), thus once again, bounding the tool towards a quickly and simply (more and less) definable purpose.
The modular, or single purpose object, was left out, or hidden. The actions associated with music making along those lines were continued, but mostly through software renditions of those modules’ functions. Software that exemplified object oriented notions were developed (MAX languages and SuperCollider for example). So essentially, for many performers and composers, they were accessing the same functions that analog synthesis afforded, except they were using an infinitely reconfigurable single tool. The question arises: “Is that the only way to make music?” “Is a digital computer the best tool for the music I am trying to make?” If all you are doing is using that computer to recreate synthesis modules, then maybe it isn’t.

There’s an upcoming issue of a new music journal that includes ecological-based compositional practice. It’s something I really want to take part in.
More information as it is released.

It was about 9pm. Wanted to make sure things weren’t worse than they had to be,so I parked about a block from the city jail. Just in case. Mornings can be a bitch.

More adjustments on the website. It’s subtle. Too subtle really, for a page that rarely gets a hit, but I like playing with it.

Now, if you can notice it or let it sit for a few seconds to let it rise to the surface, a ‘play’ triangle pops up in the middle of the center logo. When you hit it one of the AL animations of the improvs plays underneath the logo, fading in and out.

If you can find the “full screen” button, (although that isn’t likely) it has a great inadvertent ghosting effect. I’m quite happy with it.

I understand that for search optimization purposes, it helps to update the page relatively often. This will be a way of doing that easily. I can just paste the new youtube address i the iframe div. 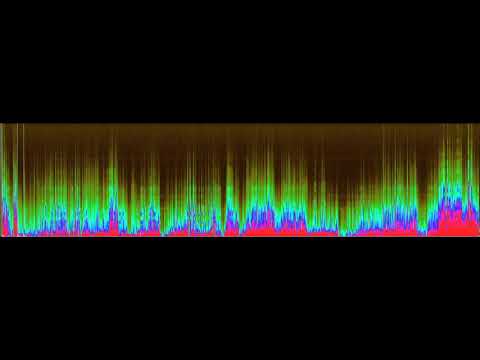 Duet with Lee Allatson on percussion and me on guitar

Errands to run so I’ll walk today. Irvin Arditti is tonight. Music to write today. Friday is improv at the house with Lee, so maybe sketching some scores of some kind might speed things along.

So… Lee is bring some hand-held percussion items and hopefully a plethora of mallets. I’m prepping the improv guitar (Dauphin) for him. I’d really like for this first encounter to be completely free, but I’ll sketch some stuff out just in case.

Probably I’d best prep an aural score. It might be nice to have something to talk to Ricardo about in response to his article.

on a side note…
If I’d known cooking was this easy I’d have started a long time ago. (Slow roasted tomato-basil  soup)

First up is the regular monthly show at Quad Studios with The South Leicestershire Improvisors Ensemble. At the same time, “Now For Something Completely Different” kicks off it’s first show of the series with The Dirty Electronics Ensemble and associated regulars. The associated regulars from the S.L.I.E. will get there shortly after the predicted late start.

Trying some short loops (semantic satiation exercise) while listening to some melodic classical guitar as background. Mostly just Bartok and Berg.  I’m getting used to the birch bark and the nylon strings together. After collecting a few sets of phrases I’ll see about imitating them on guitar.
inch x inch

This site is part of Humanities Commons. Explore other sites on this network or register to build your own.
Terms of ServicePrivacy PolicyGuidelines for Participation
Skip to toolbar